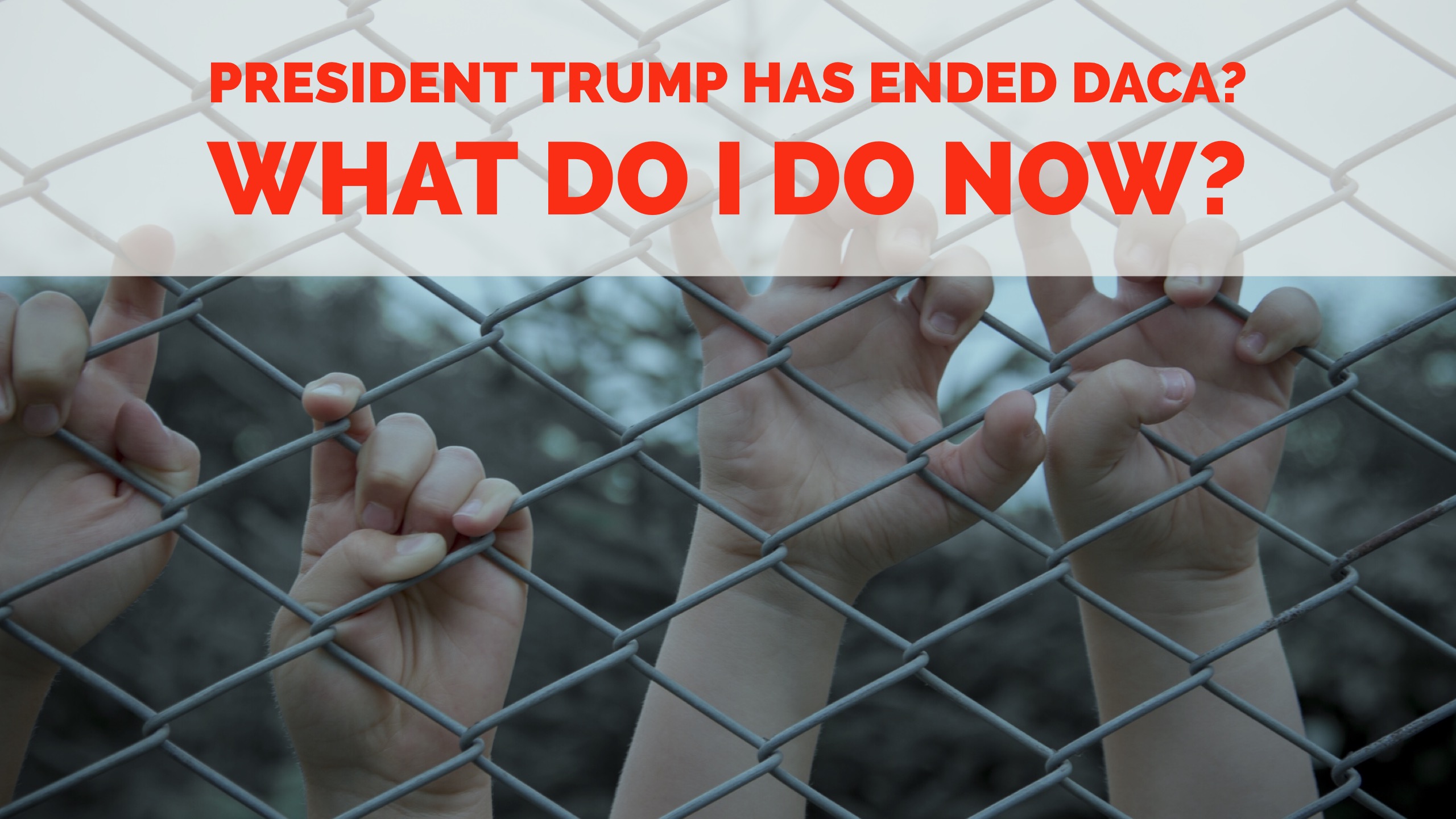 On September 5, 2017, President Trump announced that he was ending DACA . . . sort of.  Its true, DACA, formally known as Deferred Action for Childhood Arrivals, is ending as we have known it since 2012 when President Obama created the program.  However, its important to remember, the program is not ending immediately for people who already have DACA or who have already applied for DACA for the first time.  If you have already applied for DACA, or applied to renew your DACA, or have DACA, today’s announcement does not effect you immediately.  But that doesn’t mean you have nothing to worry about.

Today’s announcement immediately stops anyone who does not already have DACA from applying for it.  It also stops anyone who has DACA from applying for advanced parole, which is a benefit that allows people without a lawful immigration status to leave the U.S. and return without a visa.  Advanced parole is important for DACA recipients for two important reasons, 1) people without status in the U.S. cannot usually travel abroad and return to the country legally without advanced parole and 2) once a DACA recipient travels outside of the country and returns on advanced parole, they may be eligible to apply for adjustment of status through a family member when they were not eligible previously because they had entered the country without inspection and admission or parole.

If you have DACA, or have already applied for DACA for the first time, it is important to know how today’s announcement affects you and what you can do to protect your immigration status.

Here is a breakdown of what the Department of Homeland Security did today in regards to DACA according to the acting Secretary for the Department, Elaine Duke:

Recognizing the complexities associated with winding down the program, the Department will provide a limited window in which it will adjudicate certain requests for DACA and associated applications meeting certain parameters specified below. Accordingly, effective immediately, the Department:

So what does all of this mean for people with DACA?  You need to go see an experienced and knowledgeable immigration attorney as soon as possible to discuss your immigration options now that DACA is going away.  Stay tuned for future blogs on what options current DACA recipients have, and should act upon immediately as DACA is going away.