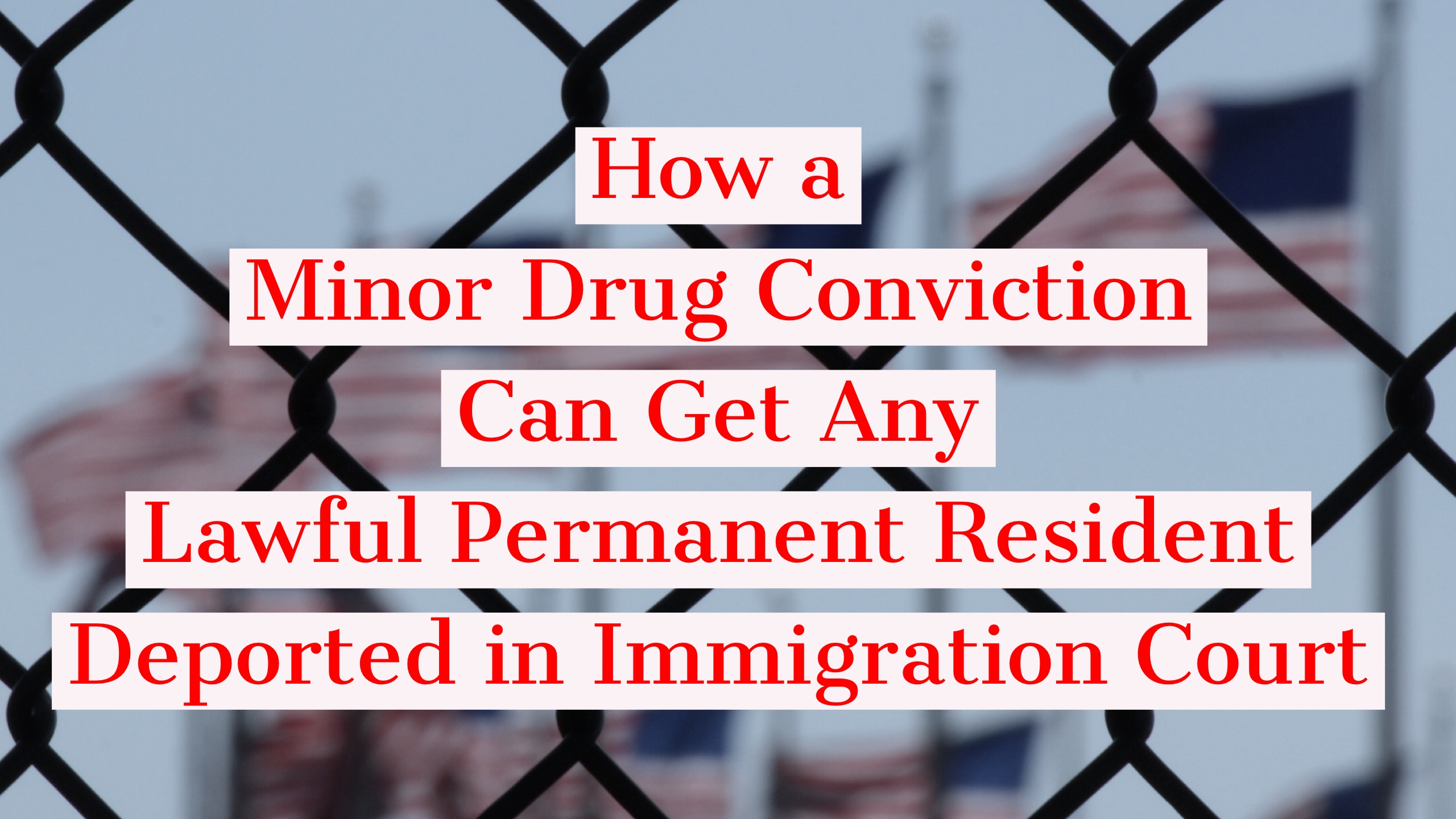 I can’t tell you how many clients we’ve had that come in and can’t believe that a first time, minor drug conviction could lead to the deportation of themselves, their sons, their daughters, or their husbands and wives.  Countless clients who came to the United States as children and know no other home.  They may not even speak the native language of their country for citizenship.  They may have held a greencard nearly all their lives.  Lawfully going to school in the U.S. Making friends.  Playing on soccer teams.  Going to prom.  But one day, they, like so many other young people in this country, made a mistake.  Maybe they were with friends and there were controlled substances and everybody got arrested.  For the U.S. citizen, if he or she has little or no prior record, they will probably receive a withhold of adjudication, probation, counseling, community service hours and get their record sealed.  But for the non-U.S. citizen, the consequences of a drug conviction can be catastrophic.

Immigration and Nationality Act (INA) §237(a)(2)(B) states that “[a]ny alien who has been admitted to the U.S. and thereafter convicted of any controlled substance offense is deportable.”  That’s it. No ifs, ands or buts.  You are deportable.  Even if you received a withhold of adjudication and probation.  You are deportable.  The only exception is for one single offense of possession of less than 30 grams of marijuana. 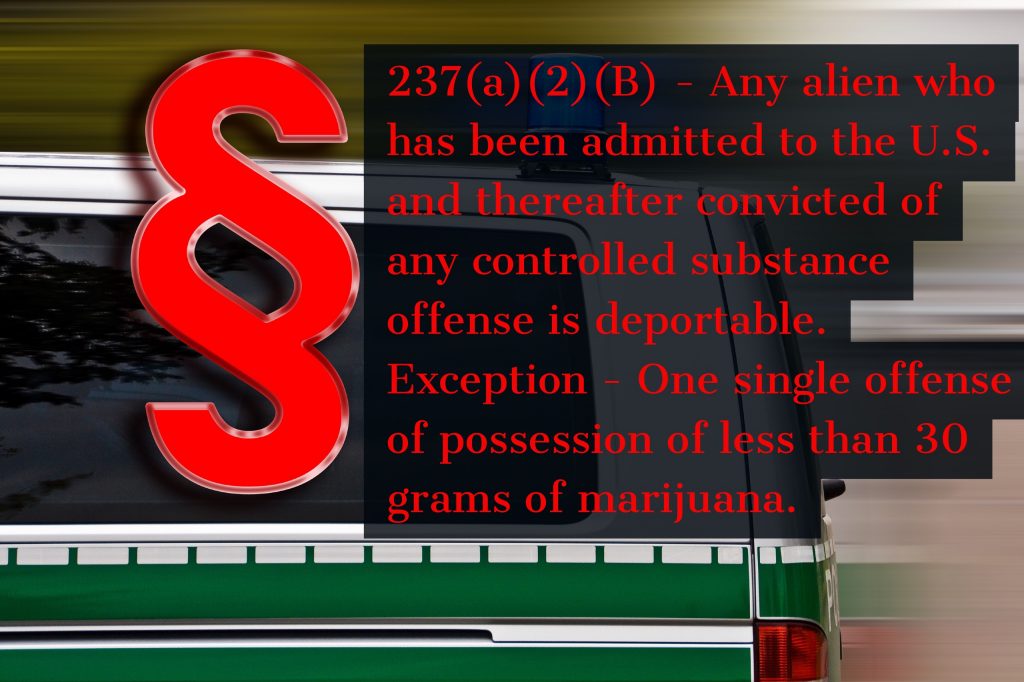 Too many people take the “I’ll worry about it later” approach when they are charged with a criminal drug case.  They worry about the criminal case first, and worry about the immigration consequences later.  It is paramount that any non-U.S. citizen charged with a criminal case start thinking about the immigration consequences immediately.  The criminal defense attorney may be able to work out a deal that does not make you deportable.  For example, the criminal defense attorney may be able to get you referred to a Pretrial Diversion Program where the State drops the charges if you successfully complete the program.   Even though you may have to complete more community service hours, go to drug counseling, pay supervision fees, and complete other provisions of PTI, this would be exponentially better than a withhold of adjudication and court costs on any drug case.  This is because it is the conviction, not the sentence, that makes a non-U.S. citizen deportable.  So, if the criminal defense attorney doesn’t understand immigration law, that attorney may think he or she is getting you a great deal that will save you time and money and allow you to get your record sealed, only to later find out that you pled to a deportable offense.

There are few criminal offenses that have as dire consequences as drug offenses.  Whether you are a fifty year lawful permanent resident without even a speeding ticket or a nineteen year old lawful permanent resident with your whole life ahead of you, even a minor marijuana offense could lead to deportation and/or other negative immigration consequences.  If you, or anyone you know who is not a United States citizen, gets charged with a criminal offense, have them sit down with an experienced immigration attorney (preferably who understands criminal law), before they plead guilty or no contest, to discuss the potentially catastrophic consequences of receiving a drug conviction.