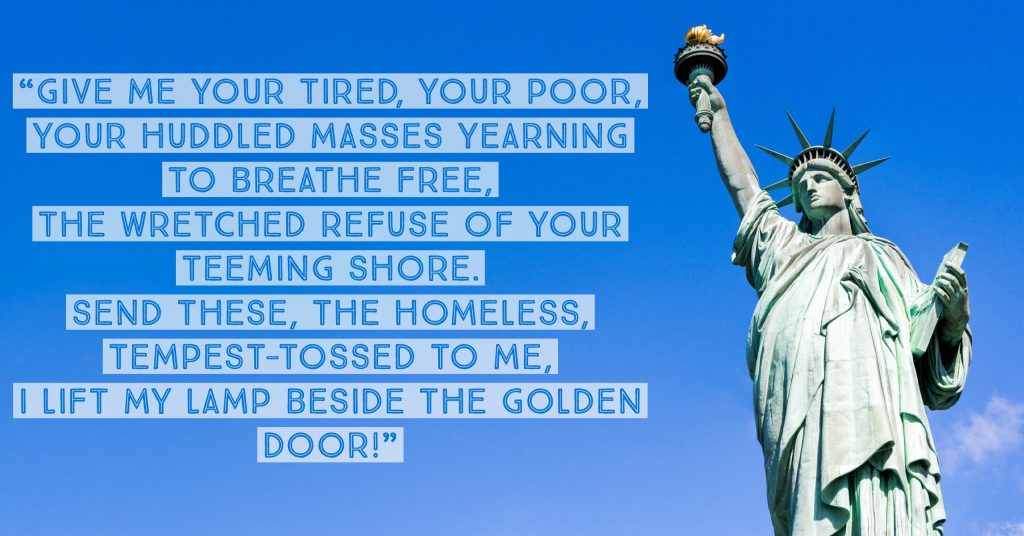 Despite Emma Lazarus’ poignant words inscribed at the Statue of Liberty suggesting a welcoming embrace to asylum seekers, a troubling new implementation of policy is in direct conflict with our nation’s ideological fascination with freedom.  Immigration attorneys throughout the country are finding that people seeking asylum at our borders and within are being held in custody without parole or bond pending their asylum cases. Not only is this a strong deterrent to those who are being persecuted in other countries from finding freedom in the greatest free country in the world, it directly contradicts our longstanding ideals as a nation.

The United States was founded on the idea of freedom.  Religious freedom.  Political freedom.  Freedom in our daily lives.  Give me liberty or give me death.  We welcome the best and brightest from other nations and other cultures.  We incorporate the best ideas and the best practices from those best and brightest minds.  That is how we became the greatest nation on earth.  A melting pot of brilliance.  Yet, the message we see now coming from our government is very clear.  Asylum Seekers – You are not welcome.

I LIFT MY LAMP BESIDE THE GOLDEN DOOR!

Here is how asylum works. Asylum is authorized by statute in the Immigration and Nationality Act.  Asylum is consistent with our national identity and rich history of welcoming those in pursuit of freedom.  A person who has been persecuted in their home country may appear at our shores or our borders, or within, and tell immigration authorities that they fear they will be persecuted if returned to their home country based on past persecution or a well founded fear of future persecution.  The persecution must be based on a protected ground – race, religion, nationality, sex, membership in a particular social group, or political opinion.

If there is a credible fear, as determined by an immigration official, the person would go before an immigration judge.  In the past, those people were often paroled into the country pending this process.  Recently, that policy has shifted.  Asylum-seekers are now being held in custody throughout the entire immigration process.  Whether the person was already in the United States or whether they presented themselves at a border, asylum-seekers are being held in custody. This is ironic given the “lamp beside the golden door” inscription at our nation’s most recognized landmarks known specifically for freedom.  Yet, when the tired and poor reach our lands, they are not ushered through a golden door to a land of opportunity, but rather to shackles and a dark cell.

What we don’t know is whether this new policy shift is the tip of the iceberg, the new order, or an initial over zealous implantation of the policy that will correct itself.  One thing is certain.  The current administration has taken a very hard line approach to immigration.  The focus has been on non-citizens with any criminal charge and non-citizens from specific countries.  And now, we are seeing a focus on those with pending immigration cases involving asylum.

There is certainly a government interest in protecting its citizens.  However, there is no empirical data or evidence that the current changes in policy have made the nation a safer place.  These policies will have no effect on homegrown terrorists and those that can enter through evasive measures.  These policies may, however, deter bright and talented minds from bringing their services to the U.S.  If the current trajectory of anti-immigration sentiment continues, one is left to wonder if we will lose the future Joseph Pulitzers, Alfred Einsteins, and Eddie Van Halens of the world.