Getting a green card for yourself or a loved one can be a confusing and complicated process. Many people struggle to navigate the ins and outs of the green card application process without the assistance and guidance of an experienced immigration attorney. 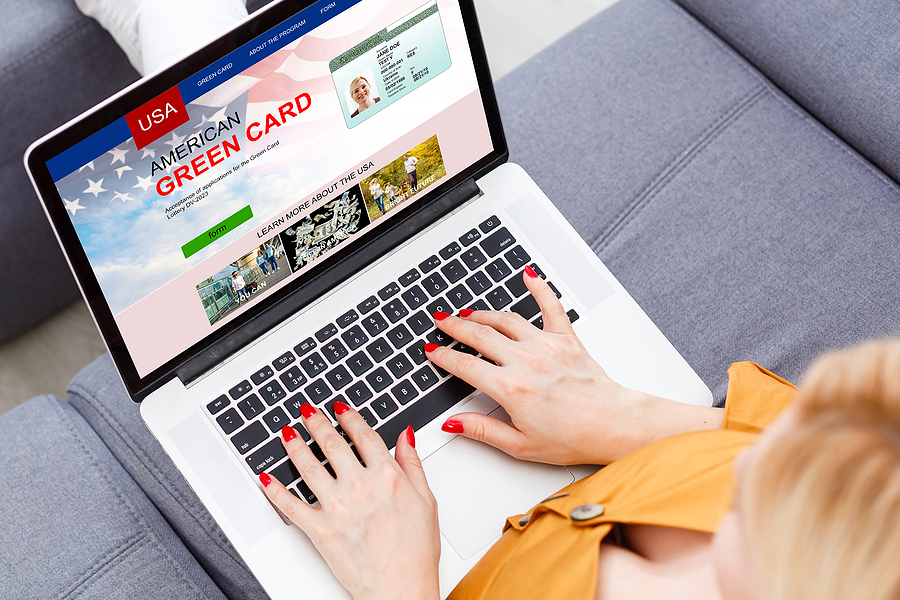 Mistakes can be made in the application process, and cause delays in the individual getting approved for a visa. Some may not be sure which type of green card or visa they need to seek.

Several different types of green cards are available for individuals coming into the United States, including work or employment-based visas and family-based visas.

Family-based green cards can be grouped into two major categories: immediate relative and family preference categories. Applications under each of these groups are treated differently. Ultimately, it is the relationship between the person applying for the visa and the beneficiary of the visa which will determine how the application is handled.

An immediate relative immigrant visa (IR) is issued to close relatives of someone who is a U.S. citizen. Unlike other types of green cards, the U.S. government does not limit the number of IR visas issued in a year. Within this category are several other subcategories, depending on the relationship of the person to the U.S. citizen, including the following categories:

The second category of family-based green cards is known as the family preference immigrant visa. Unlike the immediate relative category, the government does put yearly limits on this type of visa.  Once the number of applications approved reaches the limit, the remaining applicants are put on a waiting list. How long they are on the wait list can be anywhere from months to years, depending on the number of back-logged applications in each category. Like the immediate relative category, the family preference immigrant visa category can be broken up into several subcategories, including the following:

For visas for other family members of U.S. citizens, once the I-130 application has been approved, the applicant will need to wait until a visa number is available for him or her, which can vary in terms of waiting times. Sometimes, the wait can be one to two years, while for others, it can take up to five to ten years.

Several factors are considered when determining something called a “priority date” for visa applicants. These factors include the annual cap for the category, the filing date of the petition, and the country of origin. The green card priority date is the date the USCIS receives the applicant’s I-130 petition. The applicant will find his or her priority date on the I-797, Notice of Action, received from the immigration agency, which informs them of the I-130 approval and is mailed to you by the USCIS. A priority date becomes known as “current” when the date matches or passes the “final action date” posted in the most recent visa bulletin issued by the Department of State.

Individuals within this category include individuals with extraordinary ability in the sciences, arts, education, business, or athletics. Proof of this extraordinary ability must be properly submitted via qualified documentation.  Outstanding professors and researchers with at least three years of experience in teaching and research are also included in this category, as well as multinational managers and executives who have been employed for at least one of the three most recent years by the overseas affiliate, subsidiary, parent, or branch of a U.S. employer.

Individuals in this category must have a labor certification approved by the Department of Labor. Not only is a job offer required, but the U.S. employer must also file a Form I-140, which is an Immigrant Petition for Alien Workers. Within this category are two subgroups, including professionals holding an advanced degree and at least five years of experience in their profession and persons with exceptional ability in the sciences, arts, or business.

Workers in this third category must be considered skilled workers, professionals or unskilled workers who have an approved Immigrant Petition for Alien Worker Form I-140 filed by the person’s prospective employer. Individuals in this group make up 28.6 percent of the annual worldwide limit of employment-based immigrant visas. Three subcategories exist in this group, including skilled workers whose jobs require at least two years training or work experience, members of professions who require at least a baccalaureate degree from a U.S. university or its foreign equivalent, or unskilled workers capable of filing job vacancies that require less than two years of training or experience.

Individuals in the fourth category must be the beneficiary of a Petition for Amerasian, Widow(er) or Special Immigrant Form I-360, as well as certain employees or former employees of the U.S. government abroad. Special immigrants receive 7.1 percent of the yearly limit of employment-based immigrant visas.

Currently, there is a surplus of employment-based green cards available this year, which has put pressure on immigration agency officials to issue all available visas before the end of this fiscal year.

According to USCIS, more than 66,000 employment-based green cards were wasted last year due to the number of applications backlogged because of the pandemic and due to an unprecedented number of petitions submitted for work visas.

Currently, USCIS is facing an immense workload of 280,000 green card applications in comparison to the 262,000 in 2021. They say they are still planning on issuing all available work visas before September 30, 2022, which is the end of their fiscal year.

Family-based visas also faced a bit of a backlog due to pandemic pressures. In fact, many family-based visa applications were not processed by the State Department during the last fiscal year rolled over to the next year into the employment-based category, which has the cap of 140,000 visas annually.

According to USCIS, they issued 180,000 green cards last year, which is more than they normally issue in a typical year. However, they were still well below their total available number.

In fact, the previous failures of the USCIS to process visas before the end of their fiscal year led to a group of Chinese and Indian visa applicants to sue USCIS in federal court, recently. Their complaint stated that USCIS created a ‘self-made crisis” due to the lengthy adjudication process they impose on all applications.  However, as of mid-June, USCIS had issued more visas this year than they had at the same point last year.

To ensure that applications move through quickly, USCIS have shifted some of their staff resources away from other immigration services towards solely processing green card applications.

USCIS has begun utilizing a “risk-based approach” to waive certain interview requirements. They have also encouraged applicants to submit all necessary medical forms as soon as their applications are submitted.