The Biden administration has extended the Temporary Protected Status (TPS) program, providing approximately 143,800 immigrants from Afghanistan, Ukraine, and Cameroon additional protections, allowing them to remain temporarily in the United States.

The TPS program gives immigrants from these countries the chance to apply for time-limited permission to live and work in the U.S. and avoid deportation.  This program is overseen by the U.S. Department of Homeland Security (DHS).

To be covered by the TPS program, immigrants must apply through DHS. The TPS program offers temporary protection from being deported for qualifying immigrants who are residing in the U.S. and came here from designated countries that are otherwise deemed unsafe to return. These unsafe conditions could be because of war, hurricanes, earthquakes, or any other potentially hazardous circumstances in those countries.

END_OF_DOCUMENT_TOKEN_TO_BE_REPLACED 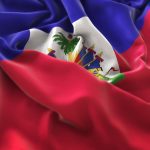 TPS for Haiti has been extended for 6 months.

On May 22, 2017, DHS Secretary John Kelly announced that TPS for Haiti will be extended for another six months, until January 22, 2018.  That is good news for Haitian nationals with TPS and their families, but not great news.  DHS could have extended TPS for a maximum of 18 months, but did not.  DHS could have also terminated TPS as of July 22, 2017, but it did not.

There was a fear that the government would end TPS for Haiti immediately, which would have effectively taken away work permits and TPS status for over 50,000 Haitian nationals currently in the United States.  Thankfully, that did not happen this week.  However, Secretary Kelly was quite clear that this six-month extension of TPS for Haiti would likely be the last and that Haitians with TPS should either find another way to stay legally in the United States, or prepare to return to Haiti early next year.